Before I went to middle school, I (dream) of becoming a teacher. I am sure that it takes great efforts to make my dream come true. So I learn as much as I can from teachers and textbooks. I make full use of my spare time to read books (acquire) more knowledge. I have to work hard to be admitted to my ideal university. There will be many difficulties, but I will get them over. I believe my dream will (definite) come true.

Homes of the Future

5 . Created from natural materials such as mulberry leaves and bamboo, the earliest umbrella in China was used to protect themselves from dangers. Sometime in 1st century BC, first paper umbrellas appeared and they very quickly found their way to the hands of wealthy females who by then accepted the sun-shade umbrella as a necessary part of their fashion accessory (配件) like animals’ skin and fur. Even though carefully produced and delicate umbrellas from paper and silk weighed only few hundred grams, they were capable of protecting their bearers from the rain because of the special process of applying oil on their cover.

Because of their shortage and high cost, umbrellas quickly became a symbol of power in China and surrounding Asian countries. To differentiate themselves from the rest of the population, Chinese royal members carried only red or yellow umbrellas, while the rest used blue ones. As the centuries went on, the cost of Chinese umbrellas went down, which enabled them to be used by general population and even males. Personal use was not the only application for umbrellas, and many creative designs were introduced even as early as 3rd century AD.

Surrounding countries adopted the umbrella into their tradition, often showing beautiful designs and artwork with great pride, especially by royal members in Korea, Burma and Siam. Travelers from the West soon carried Chinese umbrellas to continental Europe which was just exiting Dark Ages and was eager to adopt new fashion from distant lands. Umbrellas soon took over the female nobility (贵族) in Italy, France and England, where they managed to slowly evolve umbrellas into the general accessory that is used by everyone today.

Even though modern plastic umbrellas represent the majority of worldwide sales, traditional Chinese umbrellas are still respected by many. They are always in great demand. Fujian and Hunan Provinces are still making millions of them every year and the most respected Hangzhou-style umbrellas are now known for their quality and beauty.

As far as I’m concern, houses in the future will be like to be built with environment-friendly materials. The materials are wonderful, that can not only produce electricity by take in air and sunshine, but also keep the houses warm in winter and cool in summer. In addition, if there is a accident happening in the house, the host will receive an alarm call immediate. Most importantly, once some disasters such earthquakes or storms happen, the house will fly away to avoid the danger.

In a word, with the develop of science and technology, I believe my dream will be come true. And the houses in the future will became more comfortable to live in. 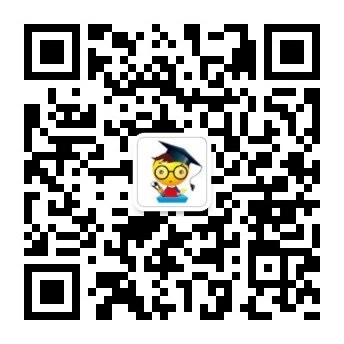